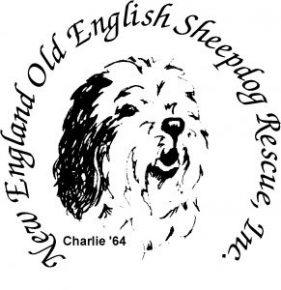 1.   What year did you become involved in the breed?

I purchased Driftwood's Little Bo Peep from my mentor, Hazel Foster Collins in 1960. I placed my first Rescue dog for someone in 1964. (not Bo Peep)

2.   Can you tell us some of the great dogs you have seen in your years of experience with this breed.

My favorites during the years I was a breeder were probably Fezziwig Raggedy Andy and Fezziwig Ceiling Zero, and Tarawood's Beau Billy D was another dog I admired. That is a biased answer based on the few OES being shown at that time. I haven't shown OES in 30 years. I still love the old fashioned, classic OES..you know, where you could see the eye peering between the fall.

3.   What are the differences between the breed now and the breed then?

IMHO, more emphasis was put on good bone and movement and much less on profuseness of coat in the old days. (BTand T before teasing and trimming) The OES truncated head, strong muzzle, and under jaw seem lacking in some of today's OES and there is a serious lack of pigment in many of today's breeding stock.

4.   You no longer breed OES but rescue?

5.   What was the turning point for you to go from active successful breeder to strictly rescue?

I worked very hard to produce sound bodied, sound temperament, and good looking show quality dogs. I became very discouraged by the number of dysplastic pups I produced in nearly every litter in spite of only using x-rayed cleared stock. I was concerned by how many people didn't make a lifetime commitment for their dog and my genetic resources receded while I remained determined to produce really nice dogs. I didn't see anywhere else to go in order to establish an "Ambelon" line. In short, I gave up. As a full time groomer, I saw the deplorable condition that some people allowed their OES pets to get into. During all those years, people kept contacting me to place their adult OES, in what became a disposable society. I guess I got pretty good at finding homes for the cast-aways!

6.   In your experience, what do you suggest to breeders that would help prevent some of the rescue situations?

If every breeder took every dog that they sold back and had all pets sold with limited registrations, requiring spay/neuters, it would help the rescue cause. If nothing else it would set a good example. The most important way to reduce the failures that come to rescue is for breeders to become more selective in choosing the homes they sell to. It isn't enough to just sell a puppy. There needs to be a lifetime of follow up for each pup sold. If puppy kindergarten, followed by regular obedience classes was mandated by the breeders, there would be far less work for Rescue.

The Code of Ethics is a sticky subject because it is vague in this area. I think the wording can be tightened up so the OESCA can really stand for quality dogs, quality breeders and educated owners. The price of puppies has become totally out of range for the average person. It is far easier to order one, delivered, for a third the price over the internet with PayPal. No questions asked! There is a dearth of healthy reasonably priced OES puppies available for the average pet home. How is THAT promoting the breed? OESCA could launch a campaign to educate people that "papers" do not mean anything without the OESCA seal of approval. We could produce and distribute educational pamphlets, teach the public what "well bred" means! Right now the "pet" public doesn't appreciate the difference. The average pet owner doesn't think Champions matter. We need to teach them that it does matter. Chosen (tested) genes are used to produce the pet they are investing their hearts and their pocket books in for the next 12 years or more. Make a campaign of it. Get the breeders on it. Motivate them. Offer an award to the Breeder/club/group for "Outstanding Contributions to Public Education about the OES" The way of the world is the internet. The education needs to be carried over the internet.

8.   You are the placement director for the New England OES Rescue. Can you give us a typical day in the life of Annie Raker?

The office for New England OES Rescue is in my house so it is very busy here. Before my coffee, I 'exercise' and feed my own dog(s) and any foster dogs that are staying here. I then face the computer to discern the biggest crisis of the day!  There are always questions from other rescues around the country, and the usual string of behavioral problems. (there are many) Much of the day is spent in ascertaining which of the many applications we get on line should be responded to and in doing evaluations on the dogs coming into the program. While they don't all come here, they are all processed here. Part of my job is sending the web master (hubby) the latest updates, answering the zillion phone calls and in between, my time is spent in what I call rehabbing the dogs at G/A's Boot Camp.  Evenings and weekends are spent showing the dogs to prospective new owners. Much of the phone/computer time is at night when folks return from their day jobs. Ooops, I forgot to add: the vet trips, grooming hours, Board issues..(I'm the current Vice President of NEOESR), preparation for the NEOESR newsletter called the Tale's End, which includes a write-up on every dog we place as well as updates and other interesting articles. Of course, every dog gets to go on our famous walk in the woods in the late afternoon. The OES (and placement director) need lots more exercise than most of us get.

9.   In closing, thank you for taking the time to answer these questions for the OESCA website. Do you have any final thoughts you would like to share with the readers?

Thank you for inviting me to this interview. I haven't reviewed much of my last almost 48 years with the OES. I do miss breeding and showing, but am too busy doing Rescue to have regrets. I so enjoyed bragging the first OES female in the breed to earn a U.D. I am still proud of producing 19 Ambelon OES champions, including two BIS in Canada, and I can boast being involved with the placement of 1,714 OES since we started keeping written records. Already 56 new ones for this year. I guess I feel valued for my having founded NEOESR in 1994; an awesome group of volunteers that focuses on picking up the pieces that others leave. I dream of the day when the average pet owner will make an educated decision about the best timing if and when to buy an OES puppy. Unfortunately, for all others there is master-card.